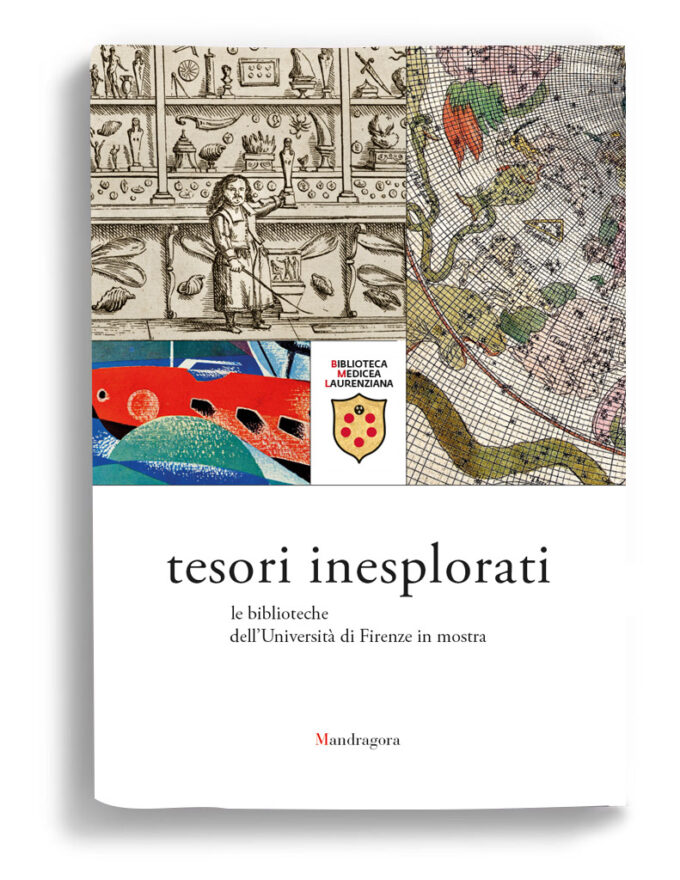 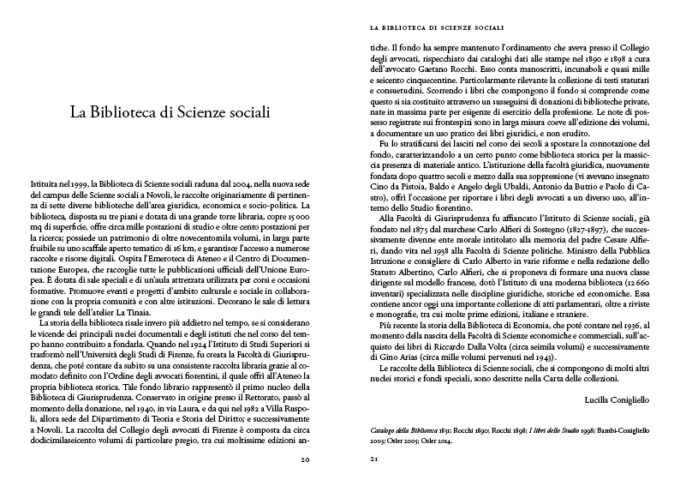 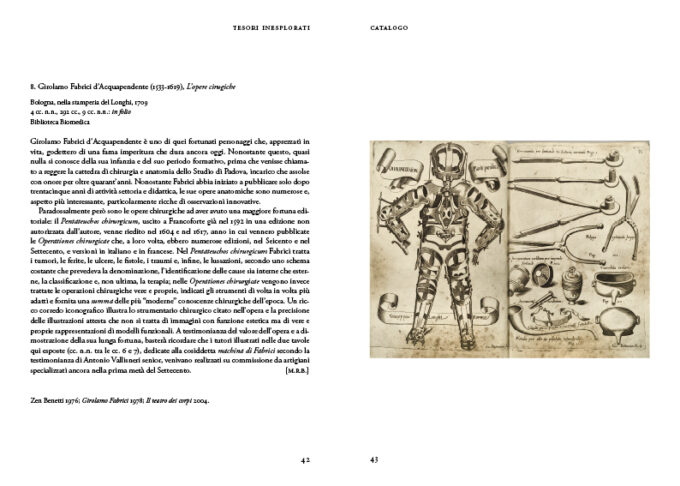 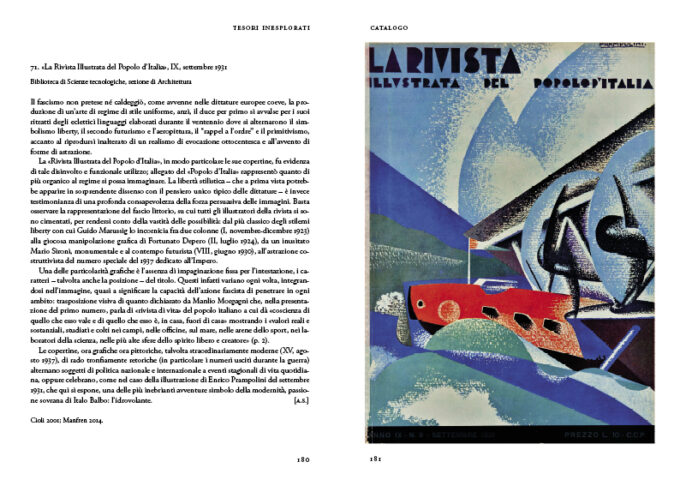 Unexplored treasures
The Univesity of Florence Libraries on Display

The book heritage of Ateneo di Firenze comprehensively conserved in local libraries amounts to nearly 3.5 million volumes, many of which are of ancient and remarkable prestige. The exhibition and its catalogue aim to promote this precious legacy by leading us through ancient print samples, manuscripts and documentary resources of great interest and enjoyable visual impact.

The catalogue contains examples of 16th-century texts that confront diet, treatment and surgery from the Biblioteca Biomedica, and documents from the Biblioteca di Scienze, which follow the birth and development of modern sciences. Also included from the Biblioteca di Scienze Sociali is the Corpus Juris Civilis, issued by the emperor Justinian I, which was revived in the Middle Ages and remained in effect until the advent of Napoleon, along with texts of Vitruvius and Leon Battista Alberti from the Biblioteca di Architettura and a selection of early 20th-century magazines. Reproduced from a selection of the Biblioteca Umanistica are ancient and medieval texts; Medicean masterpieces like the Dudley manuscript, the technical cornerstone for Tuscan seafaring at the turn of the 17th century; and the Bernard Guillaume coloured “folio” with accounts of coastal profiles. The catalogue concludes with 20th-century manuscripts: illustrious autographs by Ungaretti, Montale, Tozzi and Giuliotti, equipped in part with inscriptions, and two unedited compositions by Dino Campana.